For giving us Jamie Fraser, Diana Gabaldon (author of the Outlander series) deserves all the awards. I mean, hello:

But – Gabaldon’s second most important contribution to human life and culture has to be her honest, straightforward writing advice, which she has shared widely and generously.

Gabaldon’s description of her writing process (in this interview) was a revelation to me:

The way I describe [writing] has to be metaphorical. There’s me and there’s this big field with a lot of interesting people doing fascinating things. But between me and them there’s a sheet of plastic. And in some places it’s like saran wrap. It’s very clear, I can see everything, I can hear everything. And I just have to pick and choose how I’m going to describe this. And in other places the plastic is sort of smudgy and like 3-mil tarp. And I can still see people moving, I can tell what the action is. But I’m only getting half sentences, I don’t see the faces. There’s more intuition there. And in other places still it’s like a garbage bag. It’s black, it’s opaque, it’s thick. I can see shapes bumping against it and I get the occasional word coming through. But I have to get up really close and feel with my hands, and guess a lot about what’s going on over there.

That image of the author feeling for the story through a shroud of varying darkness — it’s stuck with me since I heard the interview.

It captures so well my experience of writing — and not just fiction.

Here are my tips, as inspired by Jamie Fraser (heyyyy): 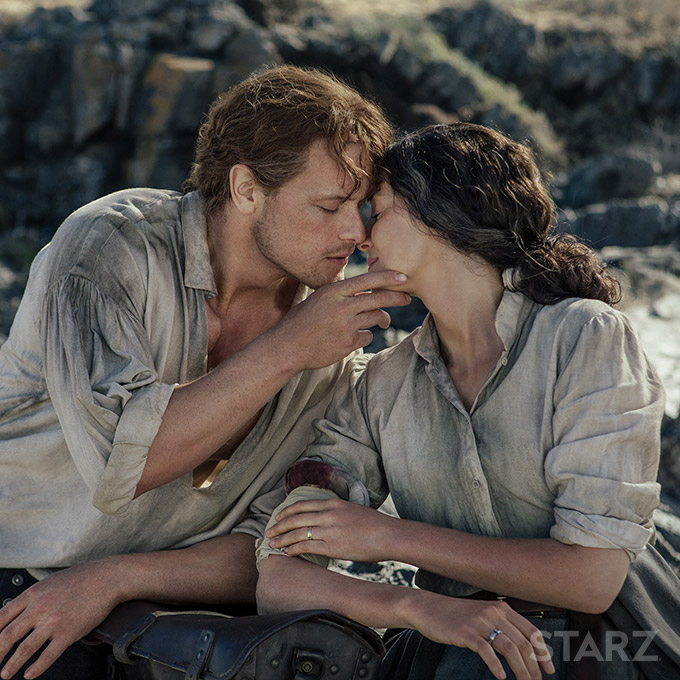 Instead of writing your story/blog/copy, write as if you’re telling someone about what you’re working on.

There are fascinating things over on that side of the plastic. You know they’re there. Get out of your own head and tell me about them.

This frees you up to worry less about the quality of the writing itself (which is where I get the most self-critical). So, instead of fretting right off the bat over how I’m going to make a catchy blog post intro, I can jump in with: “I’m writing a blog post about why my boyfriend never gets in concrete trucks with people named Hans or, the story about how my boyfriend had a near-death experience riding 60,000 lbs. of concrete.

The catchiness will come later, probably while I’m in the shower. If you start by writing about your writing, it’ll get your out of your self-conscious writer’s head and give you the bones of the piece.

That “tip of my tongue” experience? I never have it more than when I’m trying to think of the perfect word for a blog. Instead of losing my momentum to try and conjure it, I [ ] it and move on. That word will show up mid-shower sometime later and that’s just fine.

It’s a good thing if new ideas come to you during the drafting process — that’s kinda the point. But don’t let small edits bog you down. Spelling, grammar, incomplete sentences: they’re not worth fixing right now, just keep going. If I want to change something important, however, something that will significantly change the direction of the piece, I’m a big fan of just starting a new line and writing it there, rather than going back and retrofitting what I’ve already got. This will keep your momentum up, and writing two versions of the same sentence/paragraph may lead to new ideas and phrasings. Plus, if the new version is worse, you’ve still got the old one to mine.

Include other media in your draft

My working draft for this post was a mess. I had links to every Diana Gabaldon interview I could find, plus every extant Outlander press photo. There’s a lot, you guys: 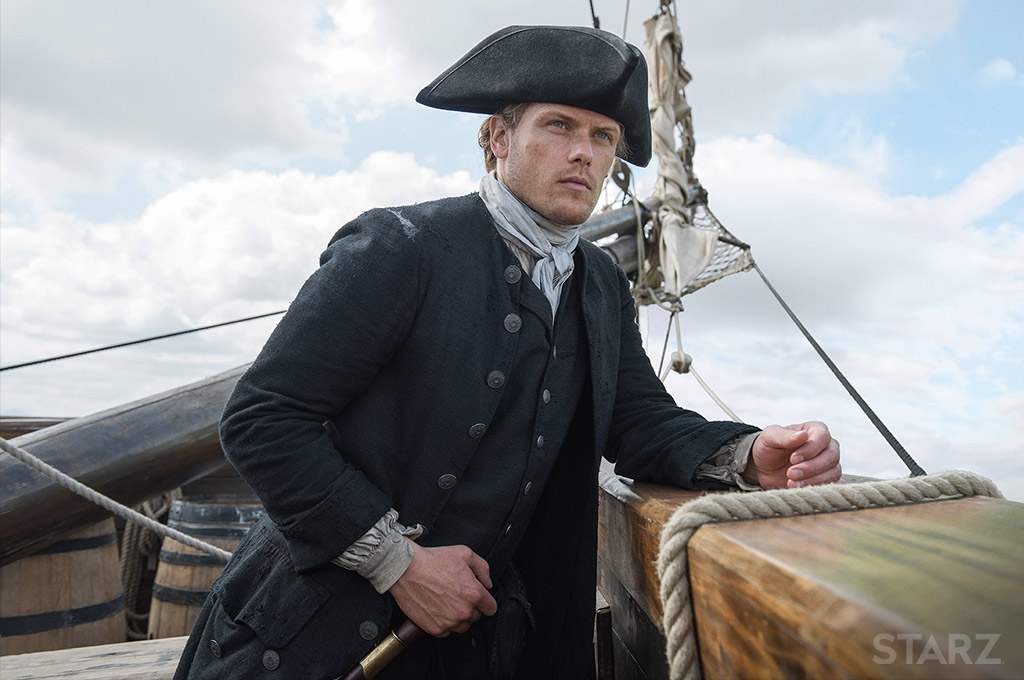 Keep the inspiration wells filled and needed research at your fingertips. Don’t worry about the purity of your art here, worry that you have all the information and inspiration you need to write your project.

This blog post is one long reminder to myself that self-consciousness is death to writing.

I loved hearing Diana Gabaldon describe her writing process because it felt familiar — not magical. Sometimes a bit of writing comes so quickly and easily, it’s just laid out for transcription. Other times it comes slowly from behind a thick garbage bag.

I don’t always give myself permission to struggle with a piece of writing. This blog was supposed to be posted last Friday. I was having trouble with it, so I avoided it all weekend.

Hard doesn’t mean bad. Sometimes you just have to take your own advice and get moving.

“Never use jargon words like reconceptualize, demassification, attitudinally, judgmentally. They are hallmarks of a pretentious ass.”

“Bad writing is more than a matter of shit syntax and faulty observation; bad writing usually arises from a stubborn refusal to tell stories about what people actually do — to face the fact, let us say, that murderers sometimes help old ladies cross the street.”